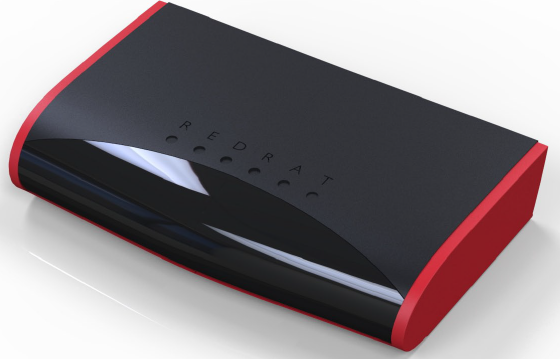 RedRat in Saffron Walden is, in their own words “global leaders in products to automate control of Smart TVs and set-top boxes.”

“Pharmatechnics brought a very high level of technical competence and expertise to the design, integration and approvals of the electronics used in our projects. Not only that, they are extremely professional; communicating effectively, delivering on time and always happy to provide additional ad-hoc input when required. They have a genuine interest is seeing each project through to a successful conclusion.”

RedRat were introduced to us via the (now disbanded) government Business Innovation and Strategy group Manufacturing Advisory Service (“MAS”) in November 2013, where we were approved contractors. 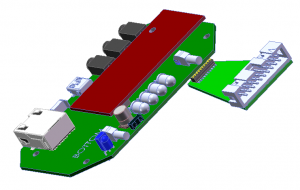 They had an existing product but needed a bit of a push to “productise” it, and fix some minor issues.

We took a look at the design and saw some immediate improvements that could help with regulatory approvals, testing, setup and reliability.

We then worked with RedRat to understand exactly what they needed going forward, and this transformed the task from a “quick fix” (which we did anyway) to a revised product that had not just the improvements mentioned above but also an “expansion” capacity, allowing them to add smaller daughter cards with complementary remote systems within the one box.  MAS gave them funding to make these improvements, so it was a win-win for all. 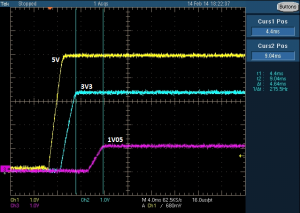 This new design has been used to develop RF4CE and Bluetooth remote control system solutions, within minimal time and effort on the physical hardware.

We took the revised design through official standards certification testing with only a couple of minor tweaks needed.

We are now working with RedRat on their next generation products which have adopted the expansion capability from the start. This time, we are working with an industrial designer we have introduced to RedRat to create a custom housing somewhat removed from their previous “bent tin” box designs. 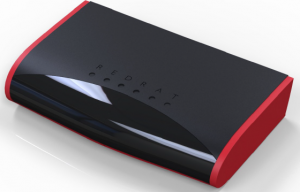 Using a plastic box in place of a metal one brings a whole new world of design considerations. Electronics works by pushing electrons around. The movement of electrons generates magnetic fields – and that’s the basis of radio communications. When combined with the fact that a digital signal actually consists of thousands of discrete frequencies, it’s a fact of life that many electronics circuits produce radio emmissions, across a vast array of frequencies. 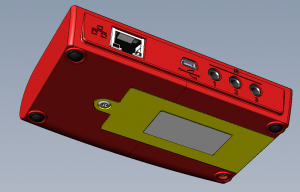 Plastic is also quite a good thermal insulator, so we can no longer use the case to help dissipate the heat generated by the electronics inside it. Using forced cooling via a fan is also unwelcome as the lifetime expectancy of a moving part is many times less than that of a static element. Simple convection cooling is the best solution – but that needs any hotspots to have their heat spread across a larger area, and for there to be sufficient air around the hot components to allow this area to be heated and carried away, then replaced by cooler air.

During the development of this new product, we worked closely with the industrial designer to ensure there was sufficent thermal transfer to keep the electronics cool, and we paid careful attention to the board layout, so that there were minimal unwanted RF emmissions. 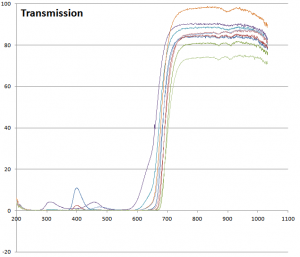 We also worked with some optical expert friends to ensure the black front lens allowed the infra-red light for the remote controls through unimpeded. This then allowed the lens and black body of the box to be made as a single piece, saving both tooling and assembly costs.

All along the design process we supplied detailed 3D models of the electronics that ensured the final product seemlessly fitted together. We very quickly passed formal qualification tests, and the unit is now being sold.

We use the minimal number of cookies on our website to give you the best experience by remembering your preferences and repeat visits. We do not use any tracking cookies or send data to anyone except the website host for our own visit statistics. By default, we also block scripts that might pass information to the website you have just left (e.g. about where you have gone to). By clicking “Accept”, you consent to the use of the necessary cookies and script blocking - or you can elect to manually control the usage via the "Cookie Settings" button. The checkbox below is not used by our site, but makes us compliant with the California cookie laws. By all means select it if you want.
.
Cookie SettingsAccept
Manage consent

This website uses cookies to improve your experience while you navigate through the website. Out of these, the cookies that are categorized as necessary are stored on your browser as they are essential for the working of basic functionalities of the website. We also use third-party cookies that help us analyze and understand how you use this website. These cookies will be stored in your browser only with your consent. You also have the option to opt-out of these cookies. But opting out of some of these cookies may affect your browsing experience.
Necessary Always Enabled
Necessary cookies are absolutely essential for the website to function properly. These cookies ensure basic functionalities and security features of the website, anonymously.
Scripts
Scripts are small pieces of code that may be executed as you enter or leave a web page. We do not have any scripts on our web page apart from the ones that handle the animation of our own content. The website you have just left may have asked for a script to be run when you get here, as this may provide useful information to the previous website owner or it's affiliates.
SAVE & ACCEPT